Registration of two million chicks in the Tonekabon Seven System 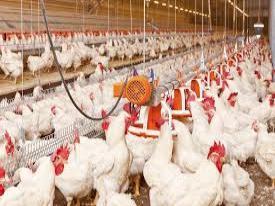 According to the Public Relations Department of Mazandaran Agricultural Jihad Organization, Ebrahim Kaviani announced the registration of two million and 468 thousand hatching units in broiler chickens in Tonekabon city of Simas, last year, saying: The city has 32 units of broiler chickens with a capacity of two million And 468,295 pieces per course and two hatcheries.

Tonekabon Agricultural Jihad Director for the purpose of registering chicks in the system said: gathering, integrating information and managing information on production units of the industry in the broiler chickens sector, monitoring the performance of chicken meat chicken companies and improving the business environment In the poultry industry, the management of the production, the regulation of the market for chicken and chickens for one day, the organization of unauthorized units and the creation of a balance in supply and demand of the objectives of the system of Sistan.